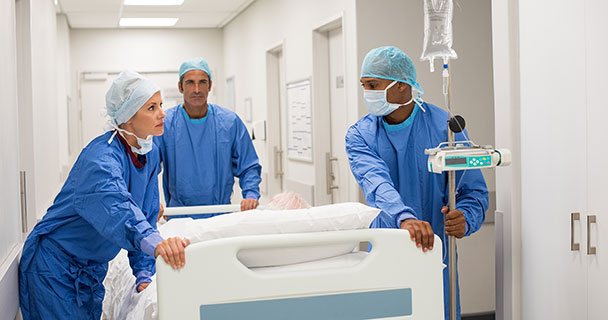 Why Are Hispanic Americans More Likely to Die from Diabetes?

Healthcare disparities occur when there are variations in healthcare outcomes within a population. According to HealthyPeople.gov, “Race or ethnicity, sex, sexual identity, age, disability, socioeconomic status, and geographic location all contribute to an individual’s ability to achieve good health. It is important to recognize the impact that social determinants have on health outcomes of specific populations.” The same source offers that in 2008, “Approximately 33%, or more than 100 million people, identified themselves as belonging to a racial or ethnic minority population.”

The Devastating Impact of Diabetes

Health disparities can be especially devasting when it comes to specific healthcare conditions and diseases, like diabetes. Also known as Diabetes mellitus, the healthline shares that diabetes “is a metabolic disease that causes high blood sugar. The hormone insulin moves sugar from the blood into your cells to be stored or used for energy. With diabetes, your body either doesn’t make enough insulin or can’t effectively use the insulin it does make. Untreated high blood sugar from diabetes can damage your nerves, eyes, kidneys, and other organs.”

The U.S. Food & Drug Administration tells us that “In the United States, 34.2 million people--just over 1 in 10--have diabetes.  In addition, about 88 million adults--approximately 1 in three--have prediabetes, according to the Centers for Disease Control and Prevention's National Diabetes Statistics Report” for  2020. The American Diabetes Association adds that “diabetes was the seventh leading cause of death in the United States in 2017 based on the 83,564 death certificates in which diabetes was listed as the underlying cause of death. In 2017, diabetes was mentioned as a cause of death in a total of 270,702 certificates.”

For Hispanic Americans, diabetes is an even more worrisome disease. The U.S. Department of Health and Human Services Office of Minority Health shares the following Hispanic diabetes statistics:


Why Diabetes Is a Bigger Problem for Hispanics

Why? According to the U.S. Food & Drug Administration, “the problem is a combination of risk factors. Lack of access to health care, socioeconomic status, cultural attitudes and behaviors can be barriers to preventing diabetes and having effective diabetes management once diagnosed. In addition, diabetes can progress faster in minority populations. This rapid progression can be compounded by a poor diet, obesity and a sedentary life.” An article in the Sacramento Bee augments this list of factors with others, including “Hispanic cuisine, genetics… and the lack of access to health insurance” as other contributing reasons that U.S. “Hispanics also are 1.4 times more likely than non-Hispanic whites to die from diabetes.” An article in the American Diabetes Association’s journal, Diabetes Spectrum, identifies “environmental (e.g., built environments not conducive to exercise and limited access to healthy foods), and health care system factors (e.g., differential access and quality of medical care and high treatment costs),” as well as “Low socioeconomic status and health literacy, language barriers, patient-provider mismatch, as well as prominent cultural values, beliefs (e.g., fatalism), and attitudes toward diabetes and treatments [that] also serve as powerful influences on adherence and outcomes in Hispanics.”

As for the search for a solution, Diabetes Spectrum offers that “live and technology-based interventions largely improve behavioral and clinical outcomes in Hispanics with type 2 diabetes, and to a greater extent than psychosocial outcomes. Future research is needed to determine how to best leverage the value inherent in both live and technology-based approaches, while incorporating individual patients’ unique preferences, resources, and barriers.”

Promoting Diversity and Inclusion in Healthcare

In order to provide quality care and positive outcomes for all patients, it is imperative to address and manage diversity and inclusion. There are many implications to this topic and its impact on morale, quality of care, cost of patient attrition, and healthcare disparity. Create a culture with no tolerance for bias by pausing, planning, and practicing positive interactions. A workforce that understands the importance of recognizing unconscious bias, diversity in the workplace, cultural competence, and health literacy not only improves peer-to-peer and caregiver-to-patient relationships, but also has the power to influence your organization’s bottom line. Explore HealthStream diversity and inclusion training solutions for healthcare.