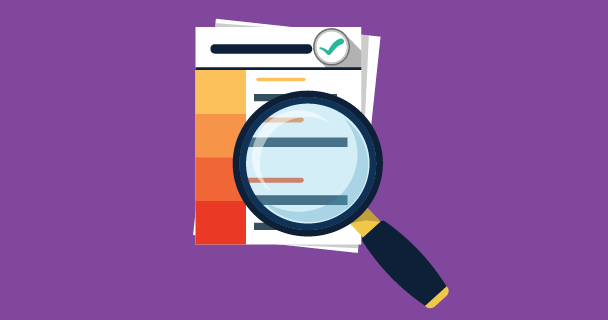 This blog post is the second of three examining a recent high-visibility conflict of interest (COI) problem at a major national cancer research institution, with lessons for other healthcare organizations about dealing with similar compliance problems.

How an organization responds to a serious conflict of interest is very important and can have a great deal of influence on its reputation after a violation becomes public knowledge. A good example of this situation occurred when it was revealed in September 2018 by The New York Times and ProPublica that “one of the world’s top breast cancer doctors failed to disclose millions of dollars in payments from drug and health care companies in recent years, omitting his financial ties from dozens of research articles in prestigious publications like The New England Journal of Medicine and The Lancet” (Ornstein and Thomas, 2018).

The immediate response of Medical Director Dr. José Baselga, who eventually resigned altogether from Memorial Sloan Kettering, was that “he would correct his conflict of interest reporting for 17 articles” (Ornstein and Thomas, 2018) but that his considerable number of additional articles detailing early stages of research didn’t require the same kind of disclosure. Interestingly, in the same article, the Times describes this kind of research as having significant “financial weight because it helps companies decide whether to move ahead with a product” (Ornstein and Thomas, 2018). Tellingly, it appears that “in about two-thirds of Dr. Baselga’s articles that lacked details of his industry ties, one or more of his co-authors listed theirs” (Ornstein and Thomas, 2018).

When a conflict of interest scandal becomes public knowledge, it can be a disaster for employee morale. The New York Times details an October 1 meeting of hundreds of staff doctors at Memorial Sloan Kettering Cancer Center, many of whom were “deeply angered by revelations that the hospital’s top medical officer and other leaders had cultivated lucrative relationships with for-profit companies” (Thomas & Ornstein, 2018). Speakers at the meeting “accused their leaders of letting the quest to make more money undermine the hospital’s mission” (Thomas & Ornstein, 2018).

The next day, Dr. Craig B. Thompson, the hospital’s chief executive, made a public commitment to be more open with staff about decision-making and “also committed to doing the ‘root-cause analysis’ requested by the doctors of how ‘egregious conflicts of interest,’ as one physician put it, had been allowed to happen” (Thomas & Ornstein, 2018). Why did this situation occur? The Times shares that “closer ties between nonprofit research centers like Memorial Sloan Kettering and corporations are being fueled by a rush of potentially breakthrough cancer treatments” (Thomas & Ornstein, 2018) and significant amounts of money are available to fund research in pursuit of these lucrative discoveries.

Within a day of this meeting, Dr. Thompson resigned his own seats on the boards of the pharmaceutical company Merck and Charles River Laboratories, a healthcare company (Thomas & Ornstein, 2018).

The ultimate result of this scandal has been for prominent cancer research institutions in the U.S. to begin to reevaluate their policies related to executives and their financial ties to private industry. Early in 2019, Memorial Sloan Kettering announced “that it would bar its top executives from serving on corporate boards of drug and health care companies that, in some cases, had paid them hundreds of thousands of dollars a year” (Thomas & Ornstein, 2019). This decision is part of a wider reform effort “designed to limit the ways in which its top executives and leading researchers could profit from work developed” (Thomas & Ornstein, 2019) at the organization.

Memorial Sloan Kettering’s organizational peers are following suit, demonstrated at “Dana-Farber Cancer Institute in Boston and Fred Hutchinson Cancer Research Center in Seattle, both of whose executives sit on corporate boards, [and] are among the institutions reconsidering their policies on financial ties” (Thomas & Ornstein, 2019). There’s much to be done; however, The New York Times cites a 2014 Journal of the American Medical Association (JAMA) study that uncovered that “40 percent of the largest publicly traded drug companies had a leader of an academic medical center on their boards” (Thomas & Ornstein, 2019).