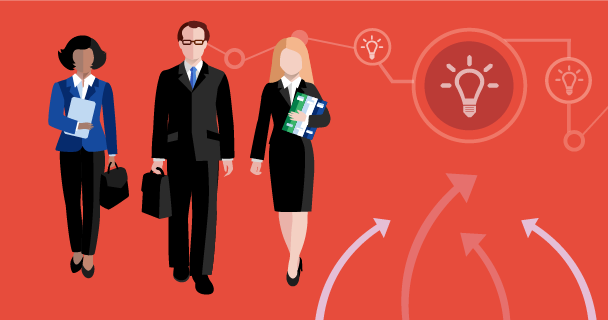 Responding to a Harassment Complaint—Advice for Managers

When managers receive a harassment complaint, how they respond is critical for avoiding even more difficult situations, especially lawsuits. HealthStream recently offered the webinar, “Preventing Sexual Harassment: The Importance of Workplace Training.” Attendees learned from business and employment law attorney Jennifer Kearns, a partner at Duane Morris, who discussed how a formal, comprehensive training program on preventing sexual harassment in the workplace can help protect business leaders, their employees, and their organizations.  Kearns had the following recommendations for managers:

1.    If you receive an oral complaint about possible harassment, go immediately to human resources.

Kearns advised that oral complaints should immediately be escalated. She stated, “If someone comes in and talks to you in your office, and you now need to escalate to HR, the best thing to do is walk down the hall and verbally communicate what you heard.”

2.    When emailing about a situation, be careful to remain neutral.

Specifically, if you are emailing about a harassment situation, do not adopt the complainant’s viewpoint. Do not write that, “So and so came to see me because she was sexually harassed.” Kearns warned that if so doing, you are adopting the conclusion that this person has been sexually harassed. An email can cause unnecessary problems if the sender adopts the complainant’s position as a foregone conclusion.

3.    If possible communicate in person, rather than in writing.

She offered that “The correct thing to do—my strong recommendation—is walk down and verbally convey it.” Relying less on written communication prevents misunderstanding.

4.    Use specific wording for the situation in written communication.

Kearns suggested that “if you do write it, you would just refer to it as an ‘employee complaint.’ Another appropriate reference is to attribute the description to the complainant. Kearns’s example was to write, “Susan came to see me, stated she has been experiencing what she described as sexual harassment.”

5.    Understand that company emails are not privileged and may become evidence.

Kearns strongly reminded attendees that “The emails between you and HR—they’re not privileged.” Furthermore, “If there is later a lawsuit about this, the lawyers representing the worker are going to ask the company to produce all written emails and all written documents that relate to this. They’re going to have to produce these emails where you, theoretically, may have adopted the conclusion that there was sexual harassment.”

Kearns supported written communication involving “Just the facts. You’re just reporting and writing something that resembles “She came to see me. She said she’s been sexually harassed.” It’s important to demonstrate that you’re not adopting that viewpoint. That’s really important because electronic discovery is ubiquitous now in many legal matters.

7.    Communicate that you must involve human resources.

Kearns was adamant in her insistence that “Once an employee comes and talks to you, you do have to tell them that you have to refer the matter to human resources.”

8.    Warn the complainant and accused about avoiding retaliation.

In the interest of preserving the workplace environment, do state to all involved that the company will not tolerate retaliation, whether for any witnesses and even for the accused. Kearns reiterated this prohibition strongly.

Kearns closed by recommending to listeners that “You want to have A+ policies and practices for dealing with harassment, regardless of your organization’s size. Training is important, especially about prompt responses to all complaints and all information indicating sexual harassment. Having an understanding of how important it is to deal with these things quickly, promptly, and in an informed manner is essential.”