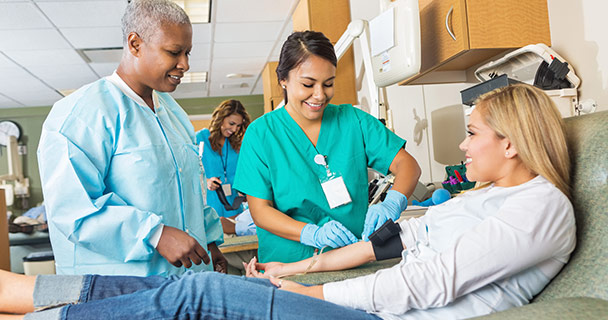 If you aren’t aware that January is Thyroid Awareness Month, chances are you’re not alone. And if you’re also not fully aware of all that your thyroid does for your health, you’re not all by yourself in that, either. And that’s something needing change, because thyroid health is very integral to our overall health and well-being.

What the Thyroid Gland Does

First, let’s look at what this hard worker is and does. The thyroid is located in the middle of the lower neck, where it produces hormones T3 and T4, both of which affect every cell in the body. Here’s what they do:


If the thyroid is producing too much or too little T3 and T4, those conditions are known as:

Hyperthyroidism: occurs when the thyroid produces too much T4, and its symptoms include irritability, nervousness, shaking, muscle weakness, sudden weight loss, and sleeping problems. It also can result in Graves disease, a type of hyperthyroidism affecting about 1 percent of the population. This genetic autoimmune condition can cause the tissue and muscle behind the eyes to swell (Graves opthalmopathy).

Hypothyroidism: occurs when the thyroid doesn’t produce enough T3 and T4 hormones, or enough thyroid-stimulating hormone (TSH), and symptoms include extreme fatigue, depression, forgetfulness, and weight gain.
Up to 20 million Americans suffer from a thyroid condition, and more than half of them don’t’ even know it. Of that group, women are five to eight times more likely to have thyroid problems, the causes of which remain largely unknown.

Tests Can Ward Off Complications and Allow for Treatment

It’s important to have the thyroid checked out during a regular physical, because undiagnosed thyroid disease can lead to serious conditions, including cardiovascular diseases, osteoporosis, and infertility. The good news? Hyperthyroidism is a lifelong, but treatable, condition, usually that involves daily use of the synthetic thyroid hormone levothyroxine to regulate hormone levels. It can be diagnosed with a blood test and other thyroid tests. Treatments include anti-thyroid medicines and radioactive iodine to slow hormone production, and in some cases, surgery can be an option.

While thyroid conditions are not too common and can be treated, the bad news is that they can bring a lot of physical and mental challenges with them. Symptoms can be severe, making it hard to work or keep to a regular schedule. And hypothyroidism comes with doctor visits to regulate medicine and check for dosage changes as needed. So, if you are dealing with a thyroid condition, stick to your medication regimen. And if some of the above symptoms sound familiar, and you haven’t had a physical in a while, now’s a good time to get that scheduled and see if your thyroid is operating as it should be.