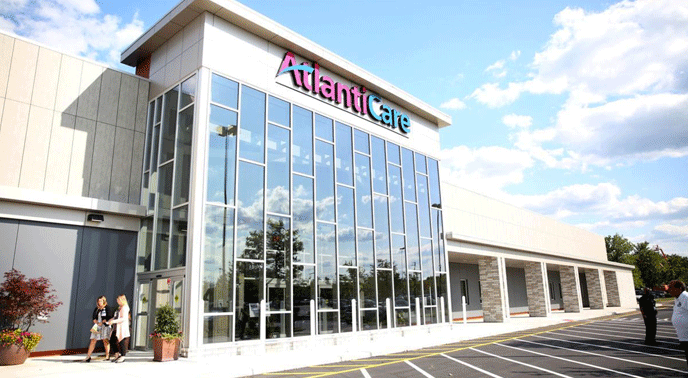 AtlantiCare, located in southeastern New Jersey is the region’s largest healthcare organization and largest non-casino employer, with more than 5,170 employees and 600 physicians in nearly 70 locations. Recipient of the Malcolm Baldrige National Quality award, 2009 in which the AtlantiCare Access Center was specifically commended; and the JD Power & Associates Hospital of Distinction award for outstanding patient experience.

Because we have EchoAccess Cloud, we were able to close the AtlantiCare Access center and yet retain full service with a seamless transition to remote agents. We have 6 people who have remote access and are able to work from home during emergencies. The Cloud makes that possible.

One of those six people had to be evacuated, which still left us with 5 people to cover the phones for the Access Center. Our team didn’t bat an eye. To a person, their immediate response was “What can I do to help?” My team is simply fantastic.

As we began managing the calls, it quickly became apparent that several of our physicians’ practices had been shut down by the storm. These practices share a common Answering Service which was not responding. We learned that this regional answering service provider had their call center in Northfield with an emergency backup center in New York. Not only did storm Sandy put the Northfield call center out of commission, it also closed the backup response center. They need Cloud capability!

We quickly transitioned to a 24 hour schedule to cover calls for the 19 affected practices in addition to the calls for the AtlantiCare Access Center. For two days we provided round-the-clock coverage by dividing up the hours between the five of us. I took the 3am to 6am shift. Now, if only EchoAccess Cloud could also make coffee...

We never lost connectivity or operations throughout the challenge of storm Sandy. As long as we had an Internet connection, we didn’t miss a beat. All calls were documented in EchoAccess. We built out “classes” for each practice, which enabled us to generate a complete daily message list for each of the 19 practice managers. We e-mailed an updated report to every practice each morning.

Talk about strengthening relationships! Several of them now want to hire us full time!

EchoAccess Cloud allowed us to work remotely and gave us the tools to provide daily reports for each practice. Our team provided the willingness. The Cloud provided the infrastructure to make it work – even when our physicians’ answering service didn’t.