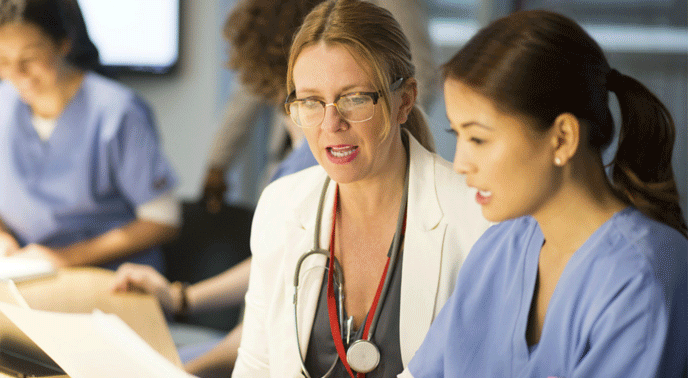 Forrest General Hospital, the flagship of Forrest Health, implemented HealthStream’s Performance and Competency Centers to address its outdated performance management and competency evaluation systems, improve training quality and consistency, reduce staff time and frustration, and meet DNV accreditation requirements across its network of providers and facilities. Through its use of the Performance and Competency Center, Forrest General realized these initial gains:

Forrest Health is a regional, multi-specialty system with 3,380 on staff providing care to 19 counties in South Mississippi. In 2011, Forrest General Hospital became the flagship hospital of Forrest Health—a network of hospitals in South Mississippi. Forrest Health includes Highland Community Hospital in Picayune, Jefferson Davis Hospital and Nursing Home in Prentiss, Marion General Hospital in Columbia, Walthall General Hospital in Tylertown and the Orthopedic Institute in Hattiesburg. Clinics include the OB-GYN group in Hattiesburg and Foxworth, the Lincoln Center Clinic in Hattiesburg, and the Tylertown Family Clinic in Tylertown. Forrest General Hospital needed to update its performance and competency evaluations to meet DNV accreditation standards. Some departments in the system had been using another method for performance evaluations—including self-evaluation, six peer evaluations, and manager/supervisor rating for overall score. The system in place was cumbersome in assigning peers and calculating data to determine overall ratings, and managers had voiced frustration with it.

Although the clinical staff was accustomed to an initial and annual competency assessment, the assessments were paper documents. Maintaining the documents during the orientation period (up to 90 days), remembering to get signed approval as skills were done, correctly completing the document to meet standards, and then providing everything to the human resources (HR) department for personnel files was a time-consuming task, fraught with mishaps.The nonclinical staff was unfamiliar with competency assessments, but since Forrest Health had become certified with DNV, the organization needed to be able to track its nonclinical competency. Nonclinical departments were inconsistent in how they documented annual competency. If departments did it at all, some simply did it verbally and others used a paper form.

Forrest General leaders also struggled with ongoing competencies. Documenting what was done and why was a problematic area. The time that managers/supervisors spent talking with employees about their job performance or competency assessment was not captured effectively. Finally, Forrest General had added other facilities and clinics to its network over time. Each group had its own method of evaluation and competency assessment, and many sites had a very limited number of computers available for training. The question became, how can Forrest General accomplish the goal of meeting these training requirements and updating its software and processes to truly connect its assessments to specific job titles?

“We were also fortunate in that we were able to get Donna Wright, a consultant at HealthStream partner Creative Health Care Management, to spend a couple of days with us in December 2013 to explore competency assessment. Again, financial constraints made this request to administration difficult, but we really wanted to make it happen. Our education department partners with a community college to obtain workforce development grant funds and was able to designate some of these funds to pay for this valuable training. We had 171 employees attend Donna’s four-hour workshop to help them identify competencies and competency statements. Her workshop left our leadership team eager to begin the process. We also assigned all employees to watch HealthStream’s short video, ‘How to Complete an Assessment,’ to make them aware of upcoming changes,” said Holmes.

Forrest General first developed a class for supervisors and managers—HealthStream Competency and Performance Center Training—to orient supervisors to the new system. More than 250 supervisors or managers received training during 23 classes. Also, a team from HR developed the corrective action performance improvement template to replace the one used in the previous system and held training classes for managers/supervisors while the education team developed competency assessment templates. Through a partnership both within its network and with HealthStream, Forrest General trained staff and went live system-wide with competency initial skills assessment, transfer competency assessment, and corrective action performance improvement assessment.

“We did a lot of work between purchase and the go-live date. We met as an interdisciplinary steering committee to discuss what would work best for us as an organization. We worked very closely with Patricia Yee, our HealthStream implementation specialist, to decide what kind of assessment we wanted, discuss rating scales, create student groups, and identify which student groups needed which assessment. We wouldn’t have made it through without Patricia’s steady and calming direction. She even returned calls for us when she was on vacation. That’s dedication to making sure we had a positive implementation experience,” said Holmes.