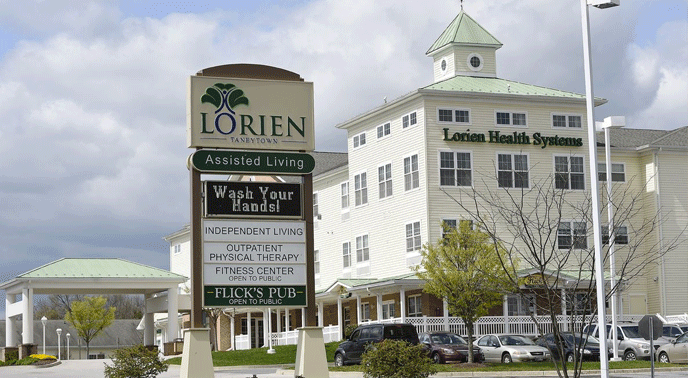 Based in Maryland—one of the first QIS states—Lorien Health Systems was one of our first customers to implement the abaqis® Quality Management System. In fact, we worked with Lorien and trained them in using abaqis even before the state surveyors were trained in QIS. As Lorien’s vice president of clinical affairs, Wayne Brannock recalls, “The state actually asked if they could come and train their surveyors in one of our facilities, so we wanted to get abaqis started first to compare and contrast what we found versus what the state surveyors would find on stage one of the survey.”

Wayne discovered what he quickly dubbed “The Five Most Important Words in QIS,” which are: “Is this acceptable to you?” This simple question not only changes the way facilities are surveyed, it transformed the way Wayne and Lorien approached customer service across their multi-facility company. Wayne recalls when he first realized the impact of this seemingly innocuous question:

“It was the first interview I ever did using abaqis, and it was with one of our long-term care residents. I asked her about waking time, and she said she didn’t participate in that decision. I then asked, ‘Is this acceptable to you?’ She sat herself up very proper looking and said, ‘No, it’s not.’ At that moment things hit home—we never actually asked the residents what they wanted in many respects. That one response sparked the realization that we needed to start listening to our residents more. It was also the moment we changed our approach.”

They quickly found transitioning to a more patient-centered focus wasn’t as difficult on their staff’s workload as they expected. Bathing and waking schedules had been based on blocks of rooms. Now, they ask about preferences during the admission interview. Shifting bathing and waking schedules to an individual patient basis didn’t significantly shift the workload to any one shift or day as they expected, but it has made a huge difference with residents.

Some of the issues abaqis illuminated were amazingly simple to fix. “It’s amazing, says Wayne. “Sometimes it’s a matter of us doing the complex things well in long-term care, but simple things like giving the option of coffee instead of juice between meals escape us.” From a customer service perspective, using abaqis helps Lorien’s residents and their families feel more empowered in their own care. “We’ve always talked to our residents,” Wayne states. “Now we’re talking about more meaningful things.”