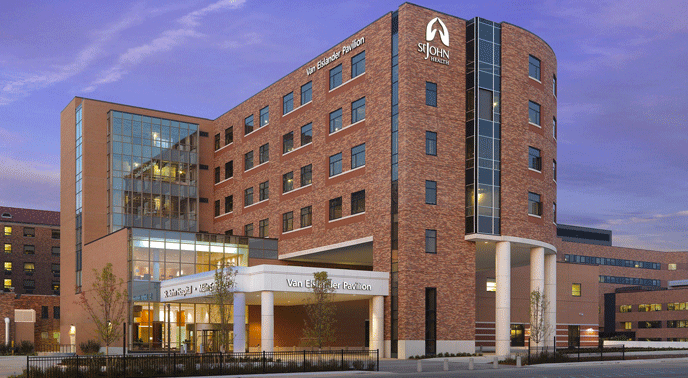 As a result of its Readmission Reduction Program, which made use of EchoAccess, St. John Providence Health System gained the following benefits:

St. John Providence Health System is a leading healthcare provider in southeast Michigan and is part of Ascension Health—the largest Catholic Health System in the United States. Ascension Health Michigan includes six hospitals, more than 125 medical facilities, over 3,000 physicians and 31,000 employees who touch the lives of over 150,000 inpatients and nearly 4.5 million outpatients each year.

In 2010 the readmission rate for the health system was 25 percent, for which the Centers for Medicare & Medicaid Services (CMS) fined the health system $2.5 million. Reducing preventable readmissions became an immediate priority. In response, nursing units in the hospitals began trying to coordinate discharge follow-up calls using Excel spreadsheets to manage the information. Unfortunately, this effort quickly unraveled. Legitimate, immediate patient care demands trumped data updates, and outbound calls to patients were made inconsistently.

Call Center Director Mary Alice Worrell suggested a solution—that the call center pilot a Readmission Reduction program serving all member hospitals in the System. The call center was IT-centric and data-driven, and already had a database with information on all affiliated physicians; it could serve all network hospitals as a single source of truth for readmissions data. The call center would have the ability to document and track outcomes in EchoAccess, and the system would enable them to call, email, and text providers and patients to schedule and confirm follow-up visits.

The call center’s Readmission Reduction Pilot launched in January of 2011, with an initial goal to reduce readmissions from to 20 percent by the end of 2012. The pilot process included four steps:

EchoAccess functionality was a critical success factor for the Readmission Reduction Pilot, enabling both patient and physician records to be kept current, with all key data in one database, such as:

A monthly referral letter is now generated from EchoAccess that states patient names, addresses, phone numbers, and their follow-up appointment dates and times. These letters are mailed or emailed to participating physicians. The call center also collaborated with marketing to prepare and distribute a care coordination brochure, which was provided to all participating physician practices.

During 2013, 15 FTEs in the SJPHS Contact Center managed 90,000 contacts. The result of the pilot was that the contact center successfully moved the needle on reducing avoidable readmissions.

As the program matured, senior leadership began to communicate a policy that “patients must be seen for a follow-up appointment within a week after discharge.” This enabled the contact center to accelerate the number of follow-up appointments confirmed with physician’s offices—which resulted in higher quality patient care and fewer readmissions. It also meant that physicians who agreed to schedule follow-up visits within 7 days began to benefit from additional payments from CMS, (which began in 2013 to encourage prompt follow-up visits). With this solution, the patient wins, the physician wins, and the hospital wins! Patient satisfaction scores improved as patients began to appreciate their partnership with care coordinators in the contact center who made their life easier at a critical time. One patient’s feedback describes it well: “I love your Care Coordination Program. You took a personal interest in me and made certain I saw my doctor the week after my surgery. Thank you! I wouldn’t want to go anywhere else.”

Utilizing the Contact Center for Readmission Reduction freed up hospital nurses to concentrate on their mission-critical role: direct patient care. It also enabled Contact Center Care Coordinators to apply their training, ability and time to schedule and coordinate the appointments, while strengthening patient relationships. EchoAccess provides a single source of truth for physician information, and ensures the ability to capture data needed to monitor and improve quality. Finally, utilizing the Contact Center to manage follow-up appointments was more cost-effective than using professional nurses for that function.