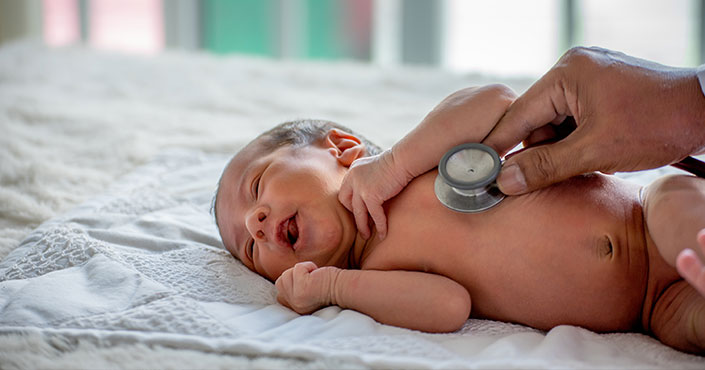 Obstetrics is the medical specialty relating to pregnancy, labor, delivery, and puerperium (the time after delivery.) Obstetrics is one of the highest risk specialties, and maternal and infant mortality rates have long been higher than expected in the U.S. They also appear to be slow to respond to numerous interventions. So, what is new in obstetrics in 2021?

COVID-19 - It is not possible to consider a healthcare topic in 2021 without considering the impact of the pandemic. The American College of Obstetrics and Gynecology (ACOG) recommends that pregnant women as well as lactating and non-lactating women have access to COVID-19 vaccines along with the best information on the safety and efficacy of the vaccine, including a discussion of any associated risks.

While the news in the U.S. is somewhat different, the pandemic appears to have had a major impact on pregnancy outcomes worldwide. That impact appears to be much worse in low and middle-income countries. Maternal deaths, stillbirths, and surgeries for ectopic pregnancies, along with some mental health indicators, have increased substantially during the pandemic.

Strategies to Limit Gestational Weight Gain – Obesity and significant gestational weight gain represent an ongoing risk to maternal and infant outcomes. A recent review from the newly formed U.S. Preventative Services Task Force found that behavioral counseling and interventions focused on increasing activity, even by a modest amount, can reduce adverse pregnancy outcomes by 10% to 20%. This works by reducing the likelihood or the impact of such pregnancy-related conditions as gestational diabetes and macrosomia (babies who are born much larger than average for their gestational age), all without creating additional harm for mother and baby. While the impact of the interventions is fairly clear, the study does not make specific recommendations for implementing them.

The Centers for Disease Control (CDC) publishes regular updates on obstetrical outcomes, and the May 2021 report had both good and not-so-good news.

In 2018, the CDC published the results of these efforts and reported a maternal death rate of 17.4 maternal deaths per 100,000 live births. The new coding method identified 658 women who died of maternal causes and, as with other obstetrical stats, there were significant differences by state and ethnicity. Averaging of the checkbox data from its implementation in 2003 to 2017 appeared to show an increase of 9.6 deaths per 100,000, but this is believed to be at least partially because of the staggered implementation of the checkbox process across the states. This rate has remained relatively unchanged for years and compares very unfavorably to that of other developed countries. For example, the rate in the U.S. is roughly double the rate of the next closest developed country (France). When you look at healthcare disparities related to ethnicity and income, the contrast is even more staggering for U.S. mothers and their infants. Clearly, we need to train healthcare providers about diversity and inclusion awareness to improve outcomes in obstetrics.

Education can impact your results

With human error accounting for as much as 34% of maternal treatment decisions, achieving zero serious safety events in obstetrics seems almost unattainable given what we have come to expect. Nevertheless, improvement is possible. The right kind of education for providers can lead to better communication between providers, as well as between providers and their patients, not to mention improved clinical judgement, lower costs, and reductions in unnecessary harm.