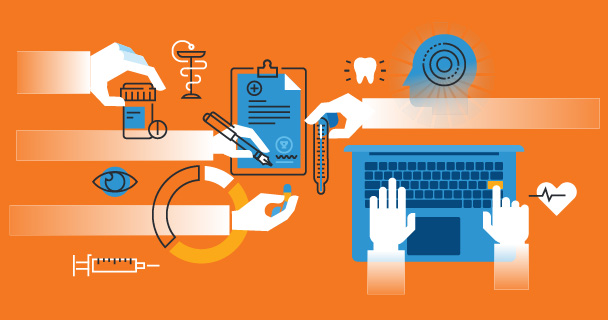 What is Augmented Reality?

Augmented reality (AR) differs from virtual reality (VR) in that it adds an extra component to one’s existing reality rather than being completely immersed in an alternate reality. Khor et al. (2016) explain that AR adds “artificial information to one or more of the senses that allows the user to perform tasks more efficiently. This can be achieved using superimposed images, video or computer generated models.” AR has the potential to be more accessible to the masses because a smartphone could be used to access this technology. For example, Pokémon Go had such great success because one could simply hold up their smartphone in their environment and see the addition of the virtual characters incorporated into their reality, like an additional layer of reality superimposed on top of what one already sees.

Dr. Ahmed, mentioned in a previous blog post for the surgery he performed while using VR technology, also streamed live surgeries using the AR technology Google Glass, a HMD that looks similar to glasses. This allows students to observe surgeries online from the perspective of the surgeon (Davis, 2016). Google Glass was a popular example of AR until production stopped in 2015. Microsoft’s HoloAnatomy program utilizes the Hololens AR headset to train medical students by displaying real anatomical models into the room. This allows students and instructors to engage in learning in an entirely new, interactive way (Meskó, Augmented).

A start-up company named AccuVein is making placing an IV easier. AccuVein uses a handheld scanning device that utilizes AR technology to project over the skin, showing where the patient’s veins are. This prevents nurses from missing the vein when starting an IV (Meskó, Augmented).

The Future of Augmented Reality in Healthcare]

A start-up company called MedSights Tech Corp is exploring the possibility to use AR technology to create 3D reconstructions of tumors. If this could be accomplished, surgeons would be able to have real-time, x-ray views of their patients (Meskó, Augmented).

The potential use of AR for pharmaceutical companies could change the way drugs are marketed. Using AR technology with a tablet or something similar, one could watch how the drug works in 3D rather than reading the drug label (Meskó, Augmented).

Google is currently working toward the development of a digital contact lens that would use AR technology. One feature they are hoping to successfully create in the lens is the capability to check blood glucose levels from a person’s tears, revolutionizing diabetes care (Meskó, Augmented).

As technological advances continue to explode around the globe, our lives are changing dramatically. As these changes affect many aspects of how we live, it is inevitable that they will penetrate the domain of healthcare and influence the way we educate and train healthcare professionals and treat patients. AR technologies have the potential to transform the way medical students learn, change how physicians understand and care for their patients, and produce an entirely different type of healthcare in the future. The rapidly changing technological advances that are occurring will require us to remain vigilant to what is on the horizon and be prepared to accept these changes and incorporate them into the practice of healthcare.

Meskó, B. (2017). Augmented reality will be revolutionary in healthcare. The Medical Futurist. http://medicalfuturist.com/augmented-reality-in-healthcare-will-be-revolutionary/

This article is taken from our recent complimentary RQI-focused eBook, The Future of Learning: New Technologies Influencing Clinical Development. Download the eBook here.